Prostate cancer is common, and a frequent cause of cancer death in India and worldwide. Early detection may be an important tool in getting appropriate and timely treatment. Men with prostate cancer may have elevated levels of PSA. However, many noncancerous conditions also can increase the PSA level. High Level of PSA maybe because of Pre Cancerous or Cancerous condition of Prostate. It is a sign of an inflamed prostate.

I had treated 60 years old male having High PSA and Diabetes. He primarily consulted me for his uncontrolled diabetes and After an initial consultation, he asks me can we reduce PSA with Functional Medicine? I explain to him that Insulin resistance is the root cause of your Diabetes and it also one of the primary roots for cancer. Like diabetes, cancer doesn’t develop overnight.

People with Insulin resistance and diabetes have higher chances of developing cancer. Let’s understand Insulin resistance and Cancer. Insulin resistance is the root cause of Diabetes. All cells of the body started developing insulin stance and the same happens in the Prostate. Insulin resistance is a condition where cells have difficulty in getting sugar inside. Now the prostate has difficulty getting sugar inside and burn to get energy. Most patients eat a diet high in refined carbs and starch. This refined carbs and starch actually converted into sugar. So again their predominant fuel is Sugar and Prostate cant take sugar. After trying to correct this, One-day Prostate decides to rebel ( this is what most doctors consider as genetic makeup) and changes its genetic structure and Now it changes its cell membrane and stat producing Insulin-like Growth factor. Now it has its own mechanism to get sugar in. This is stating of change that happens and soon surrounding cells join him and start reproducing new cells. This is how dysplasia develops. Dysplasia is actually a pre-cancerous condition. These cells are no more insulin resistance and if Patients still have the same high carb diet and other cancer triggering lifestyle on environment factors then these cells grown faster compared to other normal cells and develop into cancer.

During the first consultation, He was having very high sugar and Low insulin although his fasting insulin was normal or slightly higher he was not having enough insulin or we can say insulin deficiency. As I explained all the cells including the prostate had become insulin resistant but some of the prostates developed their own mechanism to get fuel from sugar, and here dysplasia started.

Our first goal was to put Diabetes under remission, so we started with a low carb diet. And also given other basic Supplements for diabetes and insulin resistance.  He was strictly vegetarian so to reach his protein demand we started Vegan protein supplements. And we also advised him to stop taking Gluten because he has already started developing subclinical Hypothyroid, his TSH was 9.47 µU/mL.

He was fully convincing and dedicated to making lifestyle changes. Although He was busy doing medical practice, So he had taken some time to manage his food. He does regular exercise and yoga to combat stress. He is very sincere in taking his supplements and also very conscious about eating when going outside. He told me that he had done fast for 2 days because the hotel doesn’t have gluten-free options. Then after he always carries his food when traveling. This might be an inspiration to others.

Within one month of the program, he started developing hypoglycemia and that time we had cut down his diabetic medication to half and after a 3-month miracle happened. He reduced his HBA1c from 15% to 7% and guess what happened to PSA?

It becomes normal to 1.4 ng/dl. I said this might be a lab error. He said no I had cross-checked with another lab. I again said earlier high reading may be lab mistake, He replied No that time and before that, I had cross-checked with other lab and it was high. By the way, he is a doctor and he can cross-verify it. This was real data and there is a reversal of PSA.

Now we are working on reversal of Diabetes and making pancreas work again and healing insulin resistance. 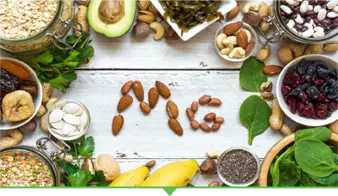 END_OF_DOCUMENT_TOKEN_TO_BE_REPLACED

Vitamin C has a rich and surprisingly controversial history. On the one hand, science is clear...