Globally, an estimated 422 million adults are living with diabetes mellitus, according to the latest 2016 data from the World Health Organization (WHO). Diabetes prevalence is increasing rapidly; previous 2013 estimates from the International Diabetes Federation put the number at 381 million people having diabetes. The number is projected to almost double by 2030. Until recently, India had more diabetics than any other country in the world, according to the International Diabetes Foundation. Diabetes currently affects more than 62 million Indians. The average age of onset is 42.5 years. Nearly 1 million Indians die due to diabetes every year. 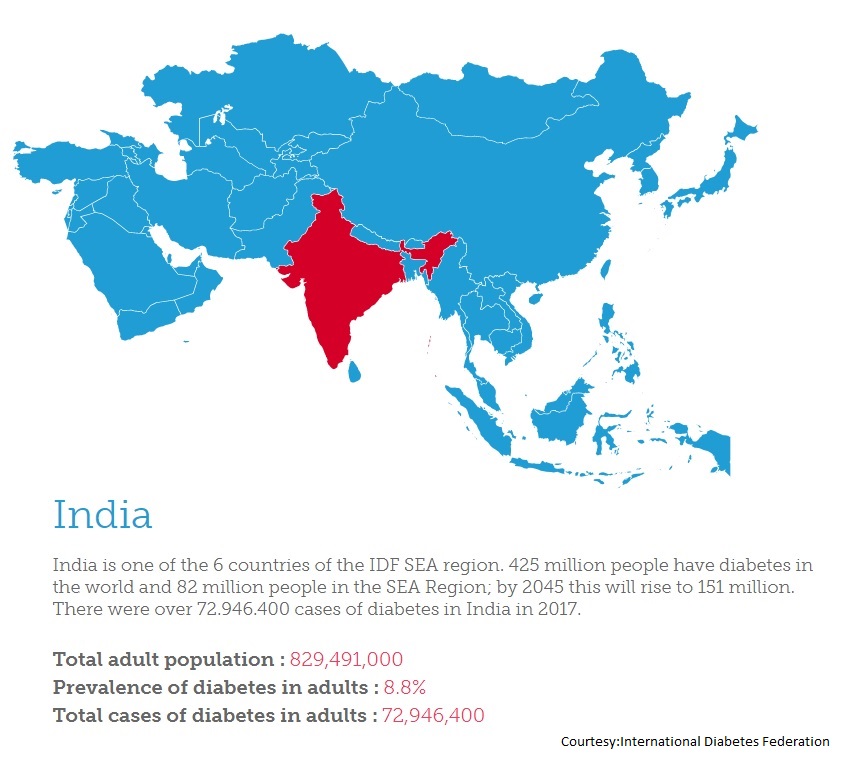 According to the Indian Heart Association, India is projected to be home to 109 million individuals with diabetes by 2035. A study by the American Diabetes Association reports that India will see the greatest increase in people diagnosed with diabetes by 2030. The high incidence is attributed to a combination of genetic susceptibility plus of a high-calorie, low-activity lifestyle by India’s population.

Diabetes mellitus is reaching potentially epidemic proportions in India. The level of morbidity and mortality due to diabetes and its potential complications are enormous and pose significant healthcare burdens on both families and society. Worryingly, diabetes is now being shown to be associated with a spectrum of complications and to be occurring at a relatively younger age within the country. In India, the steady migration of people from rural to urban areas, the economic boom, and a corresponding change in lifestyle are all affecting the level of diabetes. Yet despite the increase in diabetes, there remains a paucity of studies investigating the precise status of the disease because of the geographical, socio-economic, and ethnic nature of such a large and diverse country. Given the disease is now highly visible across all sections of society within India

Currently, one in every four people under 25 has adult-onset diabetes, a condition more usually seen in 40-50-year-olds, according to the Indian Council of Medical Research’s youth diabetes registry.

You've probably wondered how you developed diabetes. You may worry that your children will develop it too. Unlike some traits, diabetes does not seem to be inherited in a simple pattern. Yet clearly, some people are born more likely to develop diabetes than others....
Read More 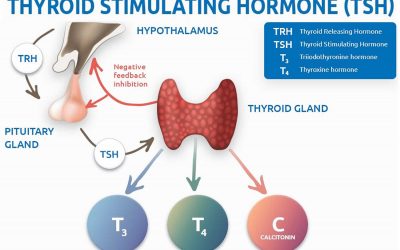