You’ve probably wondered how you developed diabetes. You may worry that your children will develop it too. Unlike some traits, diabetes does not seem to be inherited in a simple pattern. Yet clearly, some people are born more likely to develop diabetes than others.

Type 1 and type 2 diabetes have different causes. Yet two factors are important in both. You inherit a predisposition to the disease then something in your environment triggers it.

We born and inherited with faulty genes so we are at risk of developing the disease and Eventually we develop Diseases. We consider Diabetes as familial disease and it runs in families but that is the partial truth. What environment and lifestyle we are giving to that gene will finally determine disease expression and that is called Epigenetics.

We know that diabetes runs in families but violates classical laws of genetics. We know that in identical twins if one of them develops diabetes, it’s more than sixty percent likely that the other will too. However, it’s not a hundred percent; so it’s not the DNA, not the genome only. It’s environmental and Lifestyle insults that play a bigger role in the development of Diabetes. 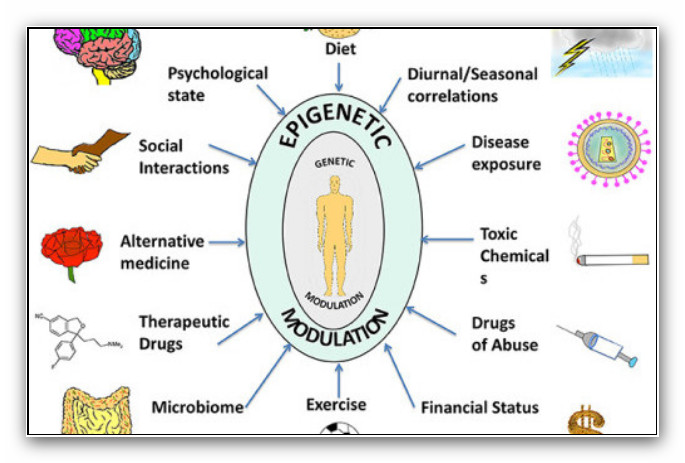 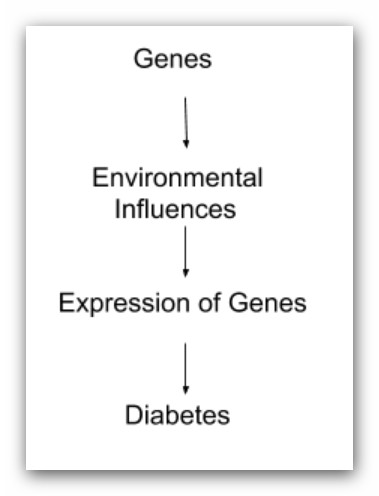 Diabetes doesn’t develop overnight. Type 2 diabetes usually begins with insulin resistance, a condition in which muscle, liver, and fat cells do not use insulin well. As a result, your body needs more insulin to help glucose enter cells. … Over time, the pancreas can’t make enough insulin, and blood glucose levels rise. So your cells don’t get enough energy after high glycemic diet and they

. They send a frequent single to the brain and you again have to eat. Insulin plays a role and opens up gates for glucose so glucose can enter the cell.

Initially Pancreas release more insulin after a meal typically high carbohydrate and high glycemic meal. So because of high insulin, your cell get glucose but after some years your glucose tolerance is lost and you enter in prediabetic phase. In this phase now you have developed high insulin resistance and your pancreas cannot fulfill the demand of insulin and it is the phase of pancreatic exhaustion…

As diabetes develops, we currently waste the first ∼10 years of the natural history. If we found prediabetes and early diabetes when they first presented and treated them more effectively, we could prevent or delay the progression of hyperglycemia and the development of complications. Evidence for this comes from trials where lifestyle change and/or glucose-lowering medications decreased progression from prediabetes to diabetes. After the withdrawal of these interventions, there was no “catch-up”—cumulative development of diabetes in the previously treated groups remained less than in control subjects. Moreover, achieving normal glucose levels even transiently during the trials was associated with a substantial reduction in the subsequent development of diabetes. These findings indicate that we can change the natural history through routine screening to find prediabetes and early diabetes, combined with management aimed to keep glucose levels as close to normal as possible, without hypoglycemia.

We Can Change the Natural History of Diabetes

Globally, an estimated 422 million adults are living with diabetes mellitus, according to the latest 2016 data from the World Health Organization (WHO). Diabetes prevalence is increasing rapidly; previous 2013 estimates from the International Diabetes Federation put...
Read More